Ringing in the New Year

Here's wishing everyone a happy and healthy new year. Whether you are out whooping it up or holed up in a blanket fort battling a cold like Hubby may you ring in the new year in style! Tonight our style involves warm pjs, fluffy socks, piles of comforters, and boxes of Kleenex. Yup! The Boy started out with this cold last week and he has graciously shared it with us. We whooped it up by making a fabulous pot of broccoli cheddar soup. I found the recipe on Pioneer Woman's site. It turned out so well and helped warm us up. Did I take photos of the soup? No. Why? Because I suck and as tasty as this soup is, it isn't really a pretty soup.  Besides, right about now I kind of wish we were in the spot we were last year at this time.... On the beach in Hawaii... 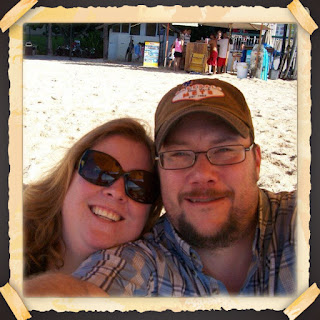 We curled up with our bowls of soup and watched season 2 of Flashpoint, a fantastic Canadian show about a police strategic response unit. The show just recently had its series finale and we are getting caught up on missed episodes.

Of course with it being New Year's Eve, we indulged in dessert. Sticky toffee pudding cakes! Yum! This is a recipe I found online from Chatelaine magazine and really reminds me on a Christmas time steamed pudding my Mom used to make, This one is complete with a brown sugar sauce to top it off. (Of course adding some Bailey's Irish Cream to some whipped cream doesn't hurt!) 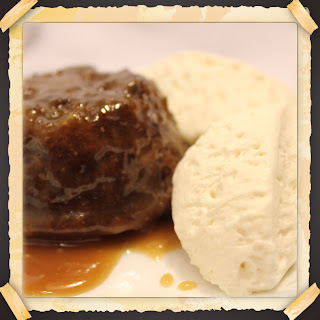 Once again, here's wishing you a happy, healthy new year!  Here it is only 9pm and I will probably be asleep soon....there's always next year!

Until next time, stay warm and eat well.
Posted by Unknown at 9:04 PM 3 comments: Links to this post

A Dish to Remember

It is hard to believe that 2012 is almost over! A busy year has flown by so quickly. After we strayed from tradition last year and ran off to Hawaii, we stuck around to enjoy a white Christmas.  We did miss the sun and sand but are toughing it out here. (Although we did buy a light up palm tree to change it up a little...)

I trust everyone had a wonderful holiday season full of family, and friends, and delectable treats. I don't know about you but during the holidays I tend to think of loved ones that aren't with us anymore. Traditions are one way to bring loved ones closer and many traditions involve food. Perhaps this is because food can trigger memories and remind us of past holidays. I know that one way I like to bring my Mom a bit closer during Christmas is to make some of her recipes that she only made this time of the year. I still have some recipes and cook books to work my way through as they are still in my Dad's basement.(I did find her fruitcake recipe earlier this winter but didn't get a chance to make it. I will try it out next Christmas.)
This year, as in years past, I have one recipe in particular that I make every year.  It is a stuffing recipe that originated in Scotland that my Grandma used to make. Mom's recipe has it labelled as 'Mealy Jimmy' but for years we have known it as 'scurly'. A quick Internet search yields a few sites that confirm both names and recipes that are similar (and some recipes that aren't so similar). In layman's terms, scurly is essentially a poor man's haggis.  While there are absolutely no animal innards or offal in this dressing, it is called poor man's haggis because it was used by folks who didn't have sheep or anything really to make haggis.  The dressing is ridiculously simple and ridiculously tasty.

Mix all the ingredients together ans stuff into the cavity of a turkey before roasting. Roast your turkey as you normally would, scooping out the scurly when the turkey is fully cooked. Serve with the turkey and gravy.

If you have extra that you cannot fit into the turkey, place it in a baking dish, cover with foil and baked in the oven for about 30 minutes, or until hot and the oatmeal is cooked. If baking in a dish, you may need to add some chicken broth to moisten the oatmeal while it is baking.

Scurly is very tasty with gravy, served right alongside the turkey and all the other good stuff.  I particularly like to make a 'leftovers bowl' with scurly, mashed potatoes, peas, turkey, and gravy.....sooo tasty. (doesn't look pretty, but it is tasty!) I try to make sure we have scurly at Christmas and thanksgiving just for the leftovers and the memories of Mom are an added bonus.

Do you stick to tradition or do you like to change it up? How do you remember loved ones during the holidays?

Until next time, stay warm and eat well.

Posted by Unknown at 4:26 PM 2 comments: Links to this post

Hands Off My Cheese, Gromit! 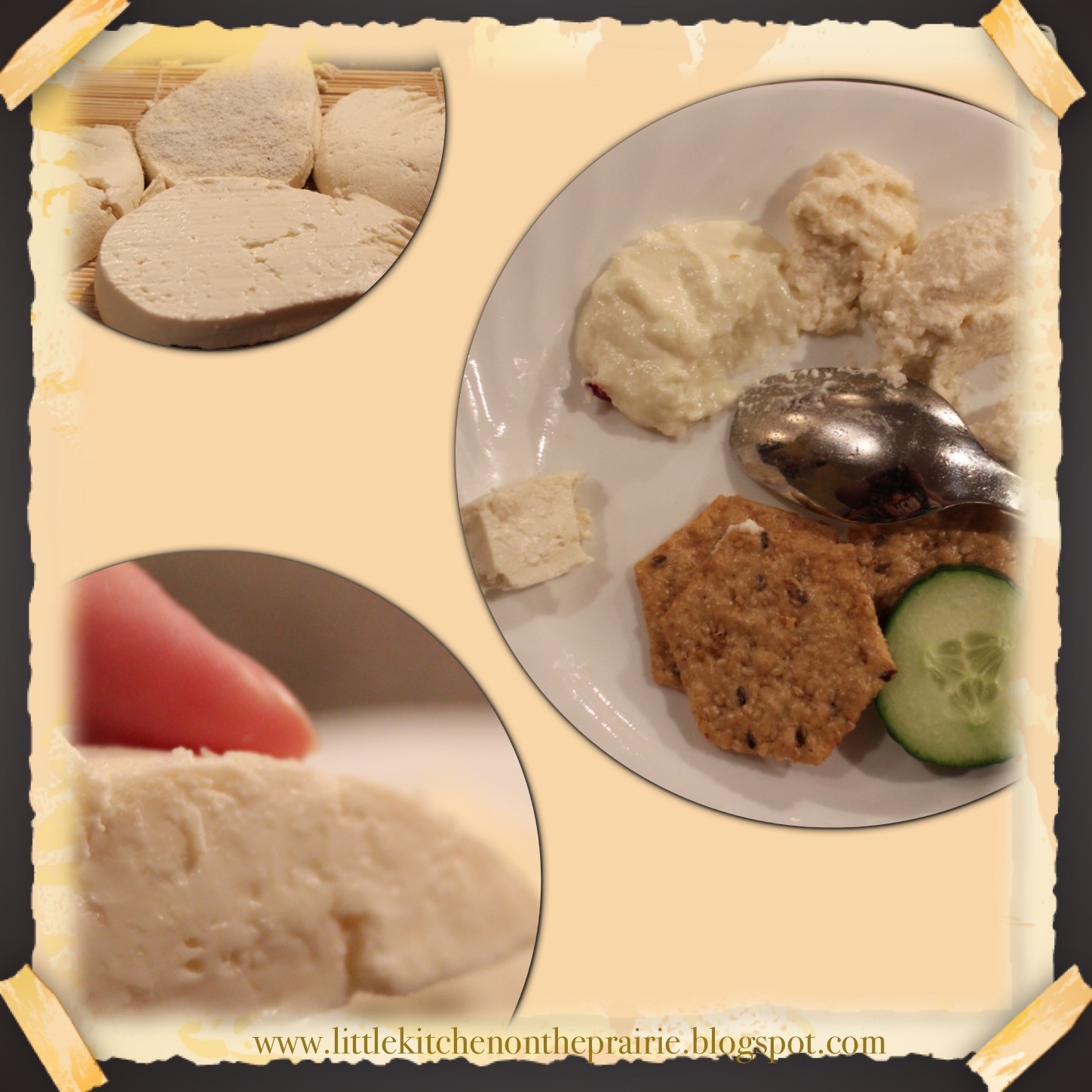 This week had a bit of a theme to it; cheese!! Last night I met some of the girls at Bistro 7 1/4 for an evening out. (LOVE that place).  This is a night out we need to book way more often then we actually do. This is a group of girls that date back to the good old days.  In fact, Lisa's parents still live across the street from my dad on the street were we grew up! Many of the others in the group are friends from high school. We have seen each other through so much. From weddings, to children, to funeral these ladies have always been there for each other. You WANT these ladies on your side. These are the friends who you may not talk to as often as you should but are the first ones you call or text with news, whether it is happy news, or you are in tears, you call them. Unfortunately we had a few cancellations and only 3 of use met. But hey, life happens and we will have to plan another one soon to make up for it!

Trina and I shared a cheese plate and it was cheese heaven. Lisa had the roasted beet salad, which is always a great choice. I then had the mac n cheese and a nice glass of red wine which helped round out all that cheese. Lisa and Trina both had the moules et frites.....mussels and fries. They reported tastiness all around! It is safe to say I nearly went into a cheese coma, which isn't necessarily a bad thing!

Earlier in the week, Tuesday evening to be exact, I had a wonderful night out with a couple of newer blogger friends. (newer friends, not newer bloggers! We are getting to know each other and I'm sure we'll be friends for a long time!) We participated in a cheese making class at the Food Studio on Roblin. The class was taught by Louise May from Aurora Farms. She's got her own little farm in St Norbert, just South of Winnipeg. We learned a wealth of information about goats' milk, the process of making soft cheeses at home, and had some fun too.  It was nice to get out and learn some new things, even though I probably won't have time to make cheese until I am on winter holidays, I took extensive notes and I have Hadass and Anna to ask questions. (Thank goodness!) 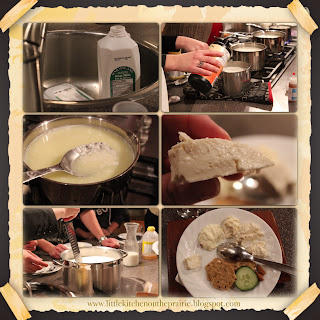 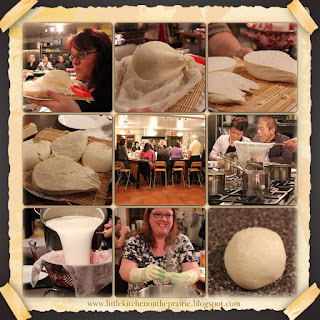 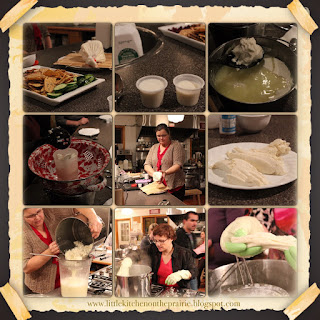 It was fabulous cheese and friend filled week!!!

Until next time, stay warm and eat well!
Posted by Unknown at 10:20 PM 1 comment: Links to this post